On Saturday, August 4, hundreds of people floated down the beautiful Flint River from Tenacity Brewing on Grand Traverse Street to the west end of the Mott Park Recreation Area. The weather was warm and sunny. They came in canoes, kayaks, rafts, inner tubes, and many other interesting floating contraptions. At the rec area, they were met by food trucks and began the party that followed them back to Tenacity and continued into the evening. 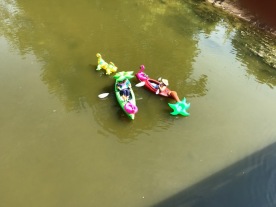 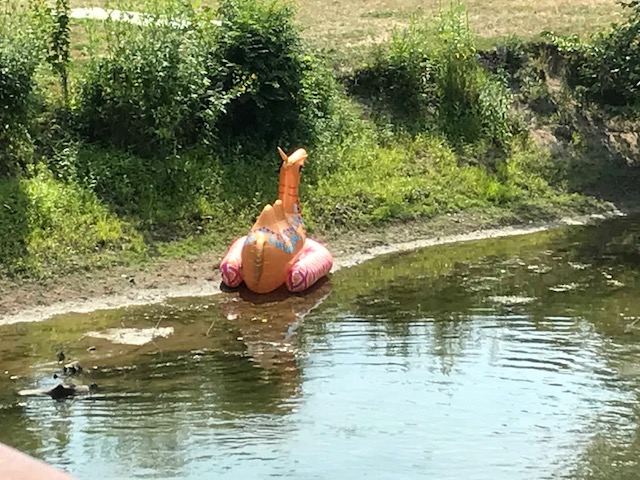 Last year, the flotilla had to be cancelled due to the dredging operations up-stream from the Hamilton Dam. The contractors were removing age-old coal tar contamination from the coal gassification plant that supplied lighting gas to the city in the gaslight era prior to Flint’s electrification. After the noxious chemicals were removed from the river bed and banks, work began on the removal of the dam, which is now GONE!

The cancellation of last year’s flotilla gave the organizers the opportunity to use the funds donated (with consent of the donors) to begin the planning for a permanent, improved canoe and kayak launch at the rec area. Over the winter, plans were completed. During the spring and summer, funds have been raised and permits have been obtained for construction. We expect work to begin shortly on a launch ramp just down-stream from the site we have been using for the flotillas.

Next year, we plan to use the new Mott Park Recreation Area Canoe and Kayak Launch to service the 2019 Flint River Flotilla.